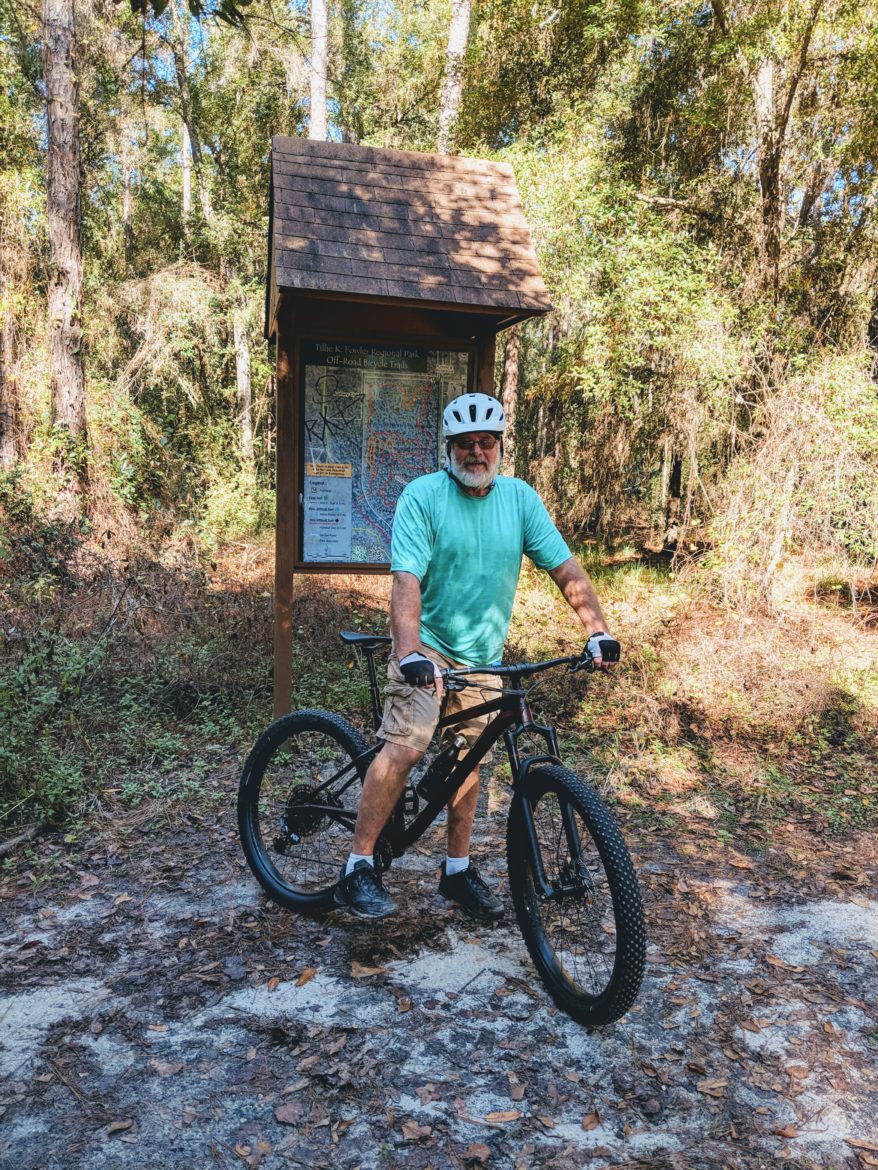 “I just fell into mountain biking last year,” said Howard Hoes. He’s originally from Nebraska and worked in the construction field for 35 years, which took a toll on his body. When he retired from construction, he and his wife bought a 5th wheel and headed down to Florida. It wasn’t until later that he realized they had landed close to a trail network.

“After my knee replacement it hurt to walk. I wanted to lose some weight. I was approaching 300 pounds. The more I started to ride the mountain bike trails, I loved it.”

He’s lost more than 20 pounds and says that his weight keeps dropping. Hoes first borrowed a mountain bike, and then bought a bike from Wal-Mart, then an Iron Horse, and is now riding a plus-tired Trek Stache.

When he told his doctors about his new activity, they told him, “just don’t fall.” Hoes has of course crashed since then. Everyone has. He likes it too much to be deterred, though.

“For a while, I was trying to figure out why my jaw and cheeks were hurting after a ride. I realized that I had such a big smile on my face when I was riding because I had so much fun.”

Now he tries to ride at least every other day. Hoes says he got about 100 miles in for November. 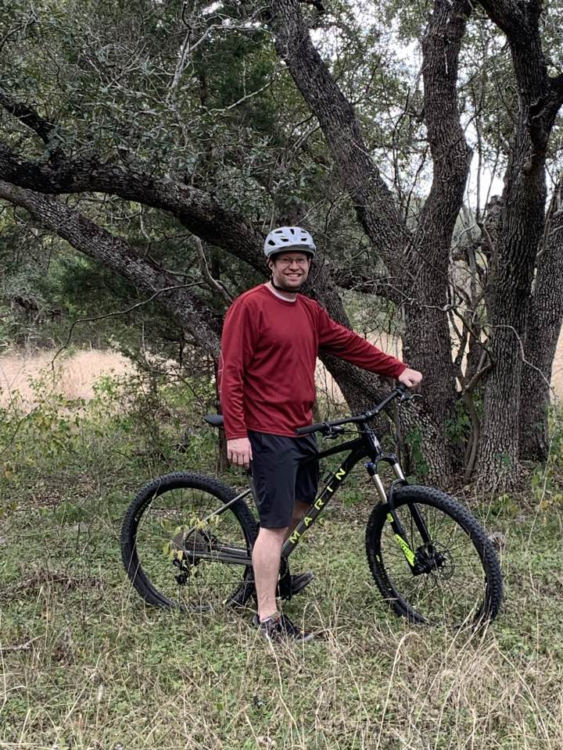 In 2015, Josiah Johnson was finishing his dissertation in a doctorate program in exercise science. Academics, family, and a hectic schedule had taken over his life, and he was left with very little time for self care.

Johnson’s doctor told him that he had high blood pressure, and that his cholesterol and triglyceride levels were climbing. He knew he had to do something soon.

“I wasn’t exercising near what I used to and eating fast food too much. At one point, my clothes weren’t fitting. I was shocked.”

After landing a job as a professor of exercise science at St. Mary’s University in San Antonio, he found himself telling his students what he knew he should have been practicing himself. Johnson started hitting the gym, but burnt out quickly.

He realized that he was close to some mountain bike trails and decided to check them out. It was the perfect formula for Johnson. The trails started a mile away from his house. He could sneak out in the morning for an early ride, before the family was awake, and get a killer workout.

Johnson still applies his knowledge of exercise to his mountain bike rides. When he sees a climb coming up, he’ll throw it into a gear that’s maybe a little too big for the climb and hammer it out.

“Mountain biking by its very nature is interval training and we know that’s one of the best ways to lose weight.”

Variations in grade, terrain, and the challenge of mountain biking keep Johnson on the trail.

“It’s the ever-changing aspects of the trail that get me out there.” 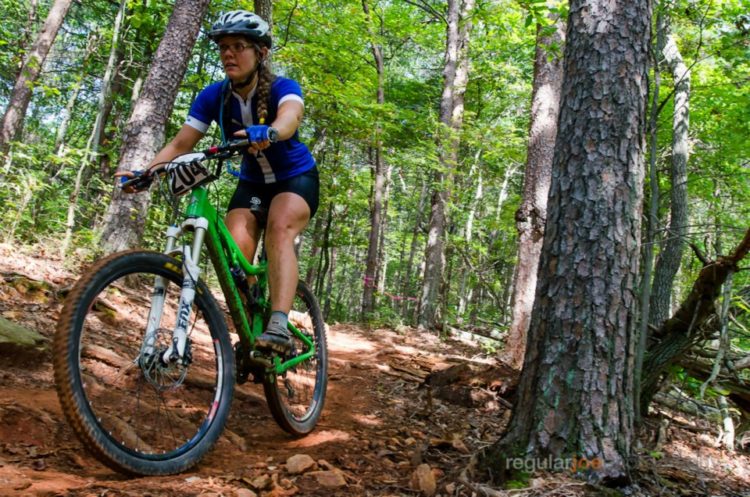 Some people come for the fun and stay for the community. Cherie Lasota picked up her first mountain bike when she finished college. Riding fell to the wayside as she worked her way up the career ladder.

When she had her son in 2005, Lasota says that she was about 60 pounds heavier than she had ever been. Most of it was pregnancy weight, but she still wasn’t happy about it. She wanted to create a different lifestyle for her and her son than what she had grown up with, and that meant regular exercise and eating right. Mountain biking would be a major part of the picture.

“I reminded myself that mountain biking was what I really loved.” Lasota’s ex-husband introduced her to the sport, but she made it hers by riding by herself, signing up for races, and meeting new people.

For Mother’s Day in 2010, she told her son that what she wanted was for him to go riding with her. He was up to the challenge. Lasota says that three months later, he was mountain biking with her on the trails, and he was racing when he was six years old. Now when they take a family vacation, it’s often to a destination with a great trail network so they can ride together.

There was a period where she wasn’t mountain biking as often. She started participating in more triathlons, and even though the challenge was there, it wasn’t as fun as mountain biking. The other athletes’ interests didn’t extend past her carbon road bike, or whether she was planning to PR or not.

The vibes at mountain bike events were always different for her.

“What I learned was that the mountain bike community, while not always conducive to a healthy relationship with the amount of calories and beer, they made it a lot more fun, which I feel like is such an important part of any activity.” 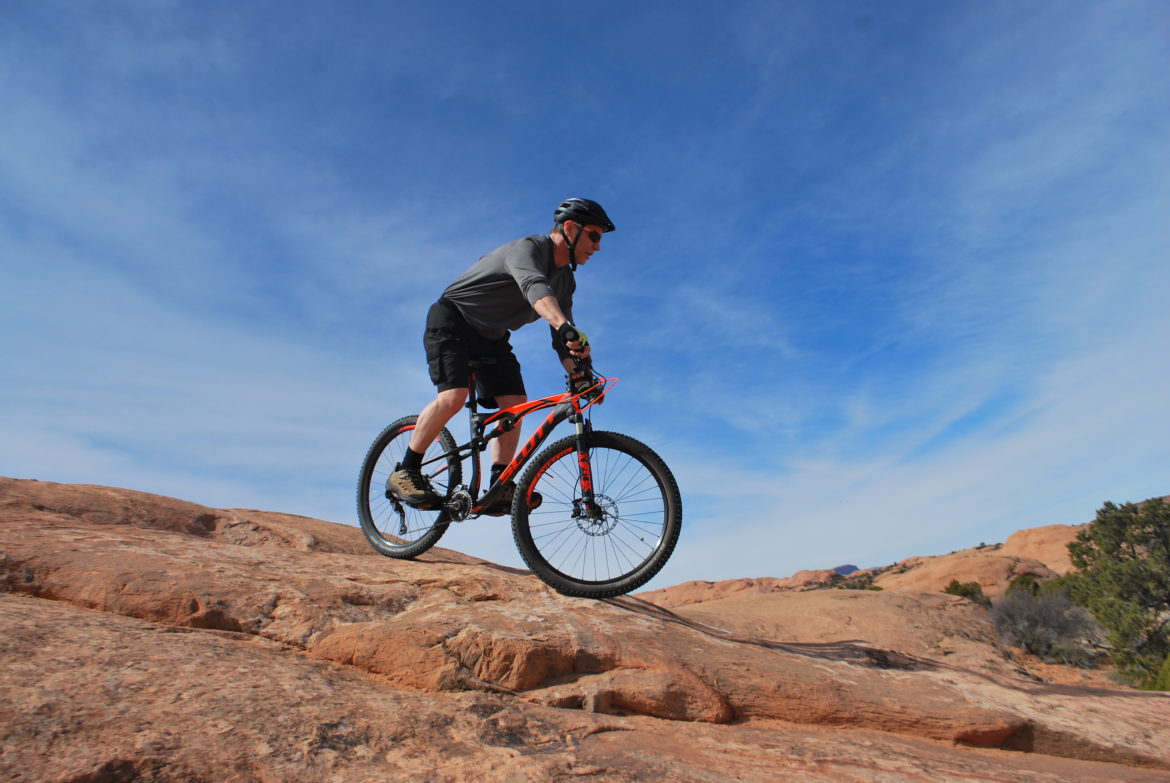 Something was off for a while before Scott Jensen saw a doctor. He was having severe mood swings and irregular sleep.

One day he got home after eating a sub sandwich and a soda and felt like he couldn’t function. He knew it was time to see a doctor. They took a blood draw and the next day, a nurse called Jensen and told him the doctor wanted him to see him immediately.

Medical staff informed Jensen that he was a type 2 diabetic and would have to start taking a slew of medication, including self-injected insulin three to four times per day. His fasting blood sugar was at a level of 300 mg/dl. A normal person’s blood sugar usually rests under 100 mg/dl.

Jensen asked if he could delay the insulin and try to mitigate his diabetes with exercise and nutrition instead. He felt confident that he could improve his blood sugar without the medication.

Jensen started mountain biking when a friend took him out in Scottsdale, AZ, before he moved to Idaho. He thought back on how riding had always helped his mood and stabilized his health before he knew he was diabetic.

“The only time I really felt good was after a ride. I never put two and two together that it might be diabetes.”

Now, Jensen’s blood sugar averages categorize him as pre-diabetic. He’s lost about 45 pounds, and his A1C level, a measure of the sugar that coats hemoglobin in red blood cells and predicts diabetes complications, is half of what it was at his diagnosis.

“I always ride once [a week]. A good, long ride, probably about 15-18 miles.” Jensen also gets out for a shorter ride once a week. “That’s enough to maintain,” he says.

Jensen thinks that if mainstream healthcare tried something different, maybe others could see the success he’s had by mountain biking.

“All these insurance companies, they want to promote health…why don’t they dangle a mountain bike and say, “hey, if you reach this level of health, you can get a new mountain bike.” You know, what’s cheaper? Five years of insulin, or a bike? It just doesn’t make sense.” 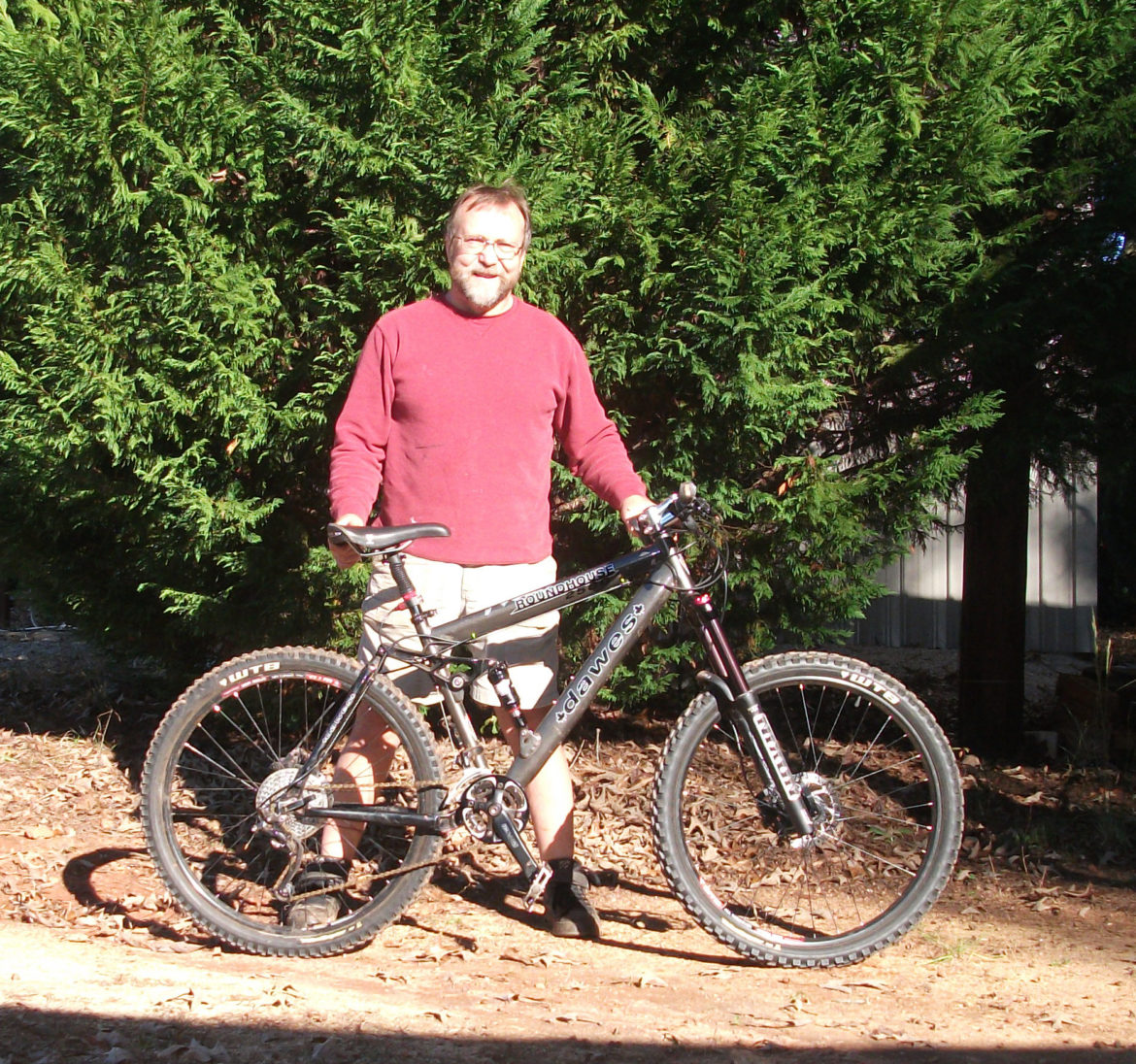 Rick Olson moved to South Carolina in his late 20s. He grew up outside of Chicago and was a road biker for most of his life.

Four years ago, Olson had an annual physical and his doctor warned him that he was nearing type 2 diabetes and heart problems.

“I started looking for interesting ways to lose weight. Obviously, cycling came into that.”

He wasn’t interested in road biking again, and he was already close to a lot of trails in Pisgah and Brevard. Olson actually had enough room on his land to build his own trails. He started building skinnies and other features to ride on, built from logs and railroad ties. Now, he’s got about 10-12 different obstacles to practice on.

“There’s always something I’m trying to dial in,” he says.

Olson lost 25 pounds in the first year that he got back into riding, and it’s since stayed off. He says he rides about 20 miles per week on average, all year long, and has a blast.

“I gain a pound here, or lose a pound there now, but once it fell off, it never came back. It’s been over four years now.”

Olson is always looking for a new feature to build, or something new to try on his bike. Every now and then, he’ll crash.

“I’m kind of the guy that likes to push myself and see what I can and can’t do. You just brush yourself off and try to get better.”

Everyone has a certain point they reach when they decide to make a change. This happens in the action phase. That’s the fourth phase in the five stages of behavior change.

For some, the kick into the action phase comes from external reasons. A doctor gives someone news that they don’t want to hear, like high blood sugar, or a high cholesterol reading. Or, maybe someone makes a comment about a friend’s weight at a party that’s unpleasant to hear. Those are external cues, but often those don’t create lasting change; internal motivation does.

So, how is internal motivation created and sustained? By attainment and empowerment. When people start something new, and intimidating, and realize that they can do it, enjoy it, and progress.

For many, mountain biking is just the ticket.

Thanks to everyone who shared their story for this article, and to those who submitted emails and comments with their stories. How an Electric Bike Transformed My Life